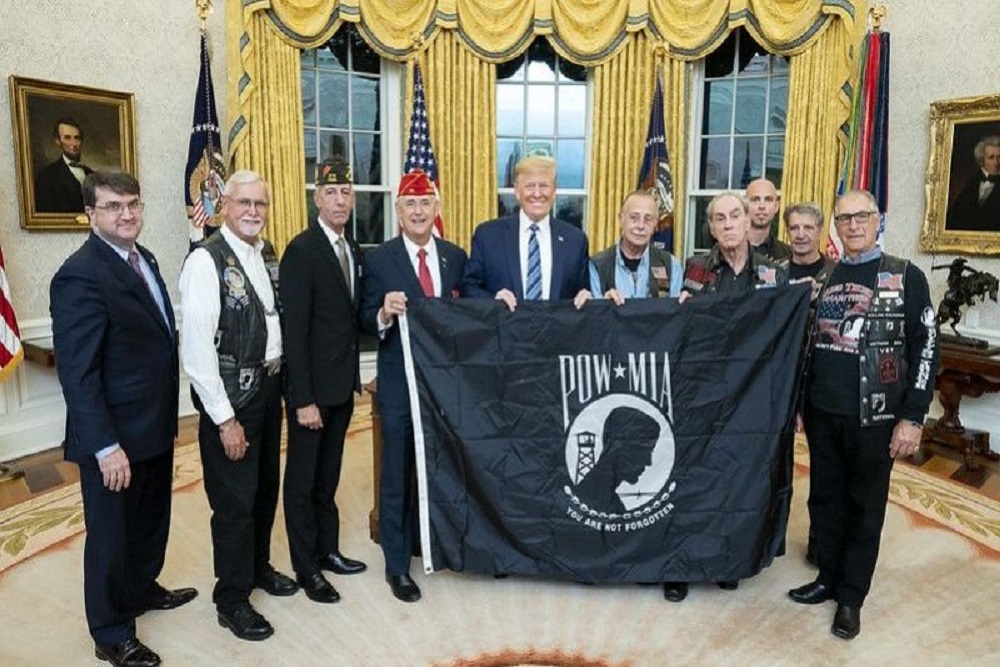 “Yesterday I was humbled to stand with my fellow veterans inside the Oval Office and watch the president of the United States sign this symbolic but important legislation,” Oxford said. “It is important that Americans never forget that there are still more than 82,000 men and women who were taken prisoner or never had a full accounting. The American Legion reveres their memory and will continue to honor them at all of our meetings.

I plan to visit the headquarters of the Defense POW/MIA Accounting Agency later this month to observe their work firsthand. DPAA does a remarkable job of identifying and repatriating so many heroes who paid the ultimate price for freedom. The American Legion is eager to explore additional ways to lend our support.”