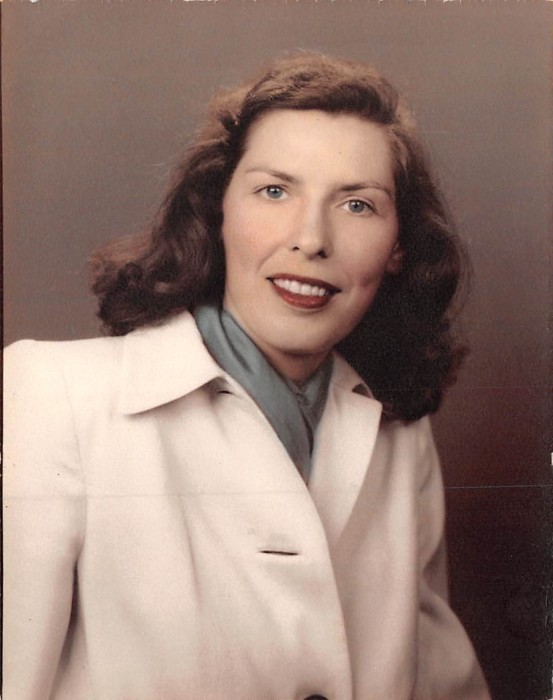 Lucille H. Shaner, 98, a longtime Orlando resident, passed away Friday, Dec. 6, at Cornerstone Hospice from complications of a stroke.

Lu was born Lucille Marjorie Heider on December 4, 1921, at home in Urania, Louisiana. She and her twin sister Louise, the youngest two in a family of ten children, arrived early. The family remembered the attending doctor turning his attention to Louise since, as he put it, Lucille “would never make it.” However, as she continued to do her entire life, Lu defied the odds to live a long, healthy, and active life.

She graduated from Urania High School in 1939 and Baylor University School of Nursing in 1944. Immediately after graduation, Lu enlisted in the United States Army Nurse Corps and was commissioned a Second Lieutenant. She served as surgical nurse for incoming wounded WWII soldiers and was assigned to various military hospitals in the United States. Lieutenant Heider was awarded the American Theater Campaign Medal and the Victory Medal.

In the Army, Lu met Private Jack Shaner. Because she outranked him, she later recalled, their only “dates” were visits on the basketball court, where she played on the women’s team and he on the men’s. They were married in New Orleans after the War and lived in various cities while they both used the GI bill for additional schooling.

Eventually they settled in Orlando, where Jack began his ophthalmology practice and Lu, after founding a training program for young hospital nurses, retired and began life as a homemaker.

They traveled extensively before and after Jack’s retirement, and eventually bought an additional home in Zermatt, Switzerland, where Lu excelled at mountain climbing. On her 70th birthday, she climbed the Matterhorn to the point where ropes were required. Back home, she enjoyed tennis and golf through a local country club, as well as her daily neighborhood walks.

Lu remained close to her large family throughout her life, and was a great source of counsel and support for the younger generation.

She also cherished Orlando friends and her wonderful crew of caregivers who came on board in recent years.

A graveside service to commemorate Lu’s life will be held in Greenwood Cemetery in Orlando at 11am Friday, December 13, 2019.

Want to get notified whenever we write about Carey Hand Cox-Parker Funeral Home ?

Sign-up Next time we write about Carey Hand Cox-Parker Funeral Home, we'll email you a link to the story. You may edit your settings or unsubscribe at any time.