AMERICAN LEGION-DEPARTMENT OF FLORIDA: California post building to be recognized as historical site 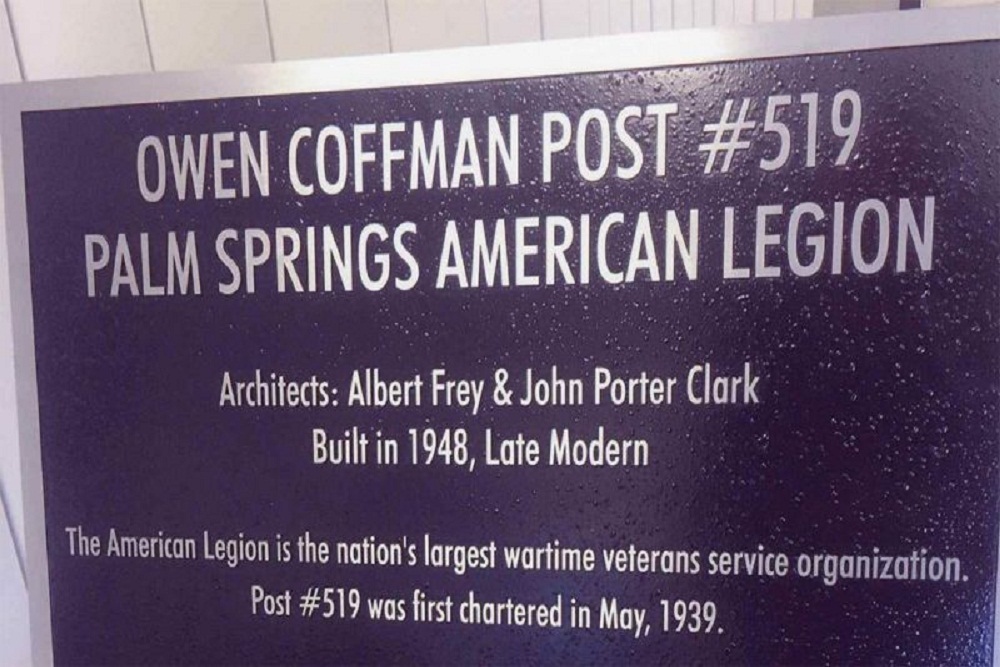 The City of Palm Springs, Calif., will rededicate and recognize American Legion Post 519 as a “Class One Historical Site” the first week in January.

This recognition stems from the discovery and restoration of old radio studio equipment that the members of W6TAL, Post 519’s amateur radio club, found while restoring an old soundstage at the post used by some of the great stars of the post-World War II era – James Cagney, David Niven, Bing Crosby, Bob Hope and many other Hollywood talents relaxing in Palm Springs and spending time at the post in the 1940s and 1950s.

You can see some of the modern television-news exposure online at this link, or at www.legion.org/hamradio. But Tom McLean KJ6DZT, commander of Post 519, vice president of K6TAL and California’s Area 5 commissioner, thought it was more important to share that W6TAL and Post 519 are also working to be certified by the American Red Cross to be an emergency shelter. Like many other TALARCs, the special interest of K6TAL is emergency community service and disaster preparedness.