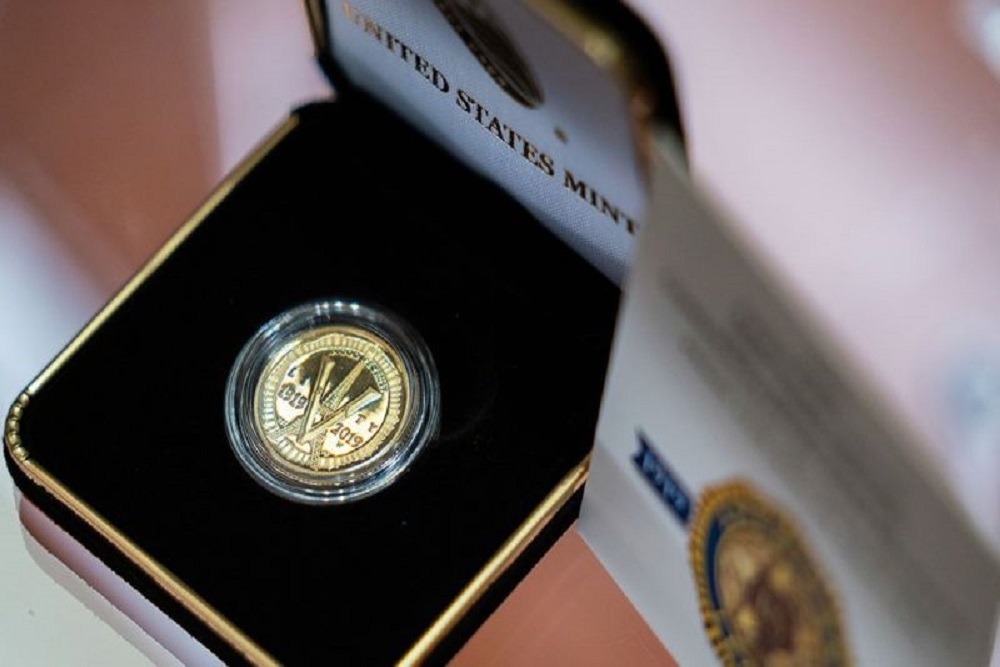 There’s not much time left to purchase The American Legion 100th Anniversary Commemorative Coin series. After Dec. 31, the U.S. Mint will no longer sell these limited-edition collector’s items.

The American Legion's 100th Anniversary Commemoratives Coin series was released March 14 by the U.S. Mint in celebration of the Legion's 100th birthday. The three commemorative coins that celebrate The American Legion’s centennial and legacy include a $5 gold piece, a silver dollar and a clad half-dollar. The three-coin proof set is also still available for purchase.

The gold pieces feature on the heads side the Eiffel Tower, a V for victory in World War I, the engraved word LIBERTY and the years 1919 – 2019 encircled by the outer ring of an American Legion emblem, recognizing the organization’s founding in Paris after the armistice that ended the Great War. On the tails side of the $5 coin, a soaring bald eagle is depicted, along with a sculpted American Legion emblem.

The silver dollar shows on the heads side the Legion emblem surrounded by oak leaves and a lily, commemorating the Legion’s founding in Paris. The reverse side has crossed U.S. and American Legion flags under a fleur-de-lis and the dates 1919 and 2019 and the inscription 100 YEARS OF SERVICE.

The half-dollar has on its heads side two children, one of whom is wearing her dad’s Legion cap, reciting the Pledge of Allegiance. The reverse continues the pledge with … OF THE UNITED STATES OF AMERICA with a billowing U.S. flag and Legion emblem above the inscription.

The proceeds from this year’s coin sales from the U.S. Mint help fund American Legion programs that support veterans, servicemembers, their families and the communities in which they live.